Vampires have evolved and don’t rely on human blood anymore. They now co-exist secretly as normal citizens even though they are still feared and discriminated against by the society. So what happens to a female vampire trying to live a normal school life when she meets the most popular boy in school and accidentally nips his neck?

Chapters: 119
Status: Finished
Author: Seok Woo
My Rating: 7/10
================
Honestly, this seems like a normal vampire love story. There is nothing so special or noteworthy about it or the characters. Nonetheless, I was drawn with it from the beginning until the last chapter. Its emotional aspect was like a roller coaster ride for me and I was touched, especially with the ending. I silently wept in certain chapters of the webtoon and I gritted my teeth in resentment with the antagonists. Somehow, I felt like I could relate with the main characters (even though I am not a vampire lol). They say that you can easily tell if a story is good enough if you yourself feel a connection with its characters. And in my case, I actually felt that way. 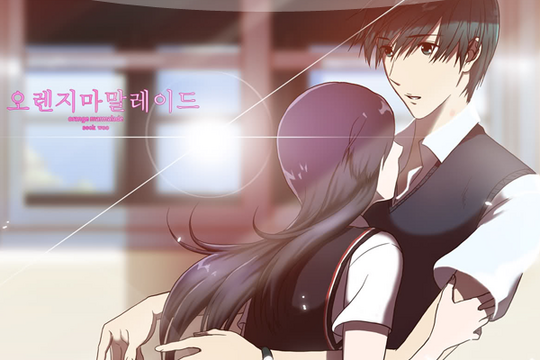 Seok Woo-nim’s art style is outstanding. All the pages are colored, adding more vividness to the scenes. And just like other stories, it leaves a moral lesson to its readers. It makes us question ourselves about our humanity. In this webtoon, I felt like vampires were actually more humane than us, humans. It also tackles the issue about discrimination.
Overall, Orange Marmalade is a fairly decent webtoon with good characters and plot. I liked it, but the story’s impact didn’t linger on me for a long time.